Anime lovers' day in Russia. What to watch with the child

Anime lovers' day in Russia. What to watch with the child

At 11th of April in Russia celebrated the Day of Anime Fans. This subculture is especially popular with young people.Anime is divided into:

One of the oldest filmmaking works is the comic short film of 1917 "Namakura-gatana". In the story, the samurai wants to try a new sword, but the townspeople give him a rebuff. Since that time the Japanese animation has taken a step forward, however, as well as the drawing technique.

While creating first anime Today, the anime Japanese filmmakers were inspired by American Disney animation. Today the anime is characterized by a special rhetoric, which is typical only for Japanese animation. 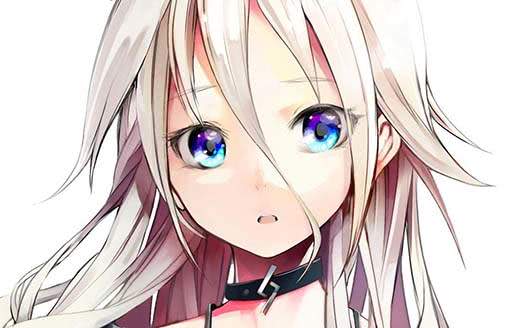 Despite the fact that anime is especially popular with young people, there are many full-length films for the whole family.Their distinctive feature is the philosophical overtones, despite the unhurried and uncomplicated plot.

The most famous Russian anime spectator is the work of Japanese director Hayao Miyazaki: 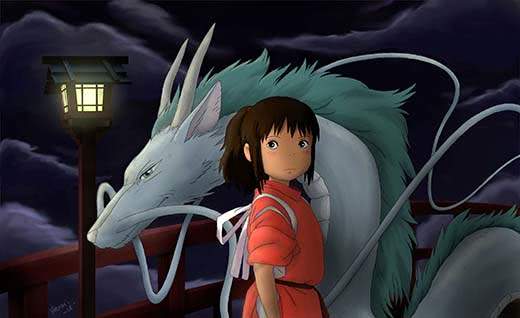 The first works of the producer are unhurried, with an ecological implication and a everyday life philosophy. He often draws everyday life. The work entitled " The Wind Rises" is biographical. It tells about duty, love and responsibility.Full-length filmmaking works by Hayao Miyazaki are distinguished by deep meaning and an incredible number of hidden metaphors between the lines. That's why, if you watched these animes as a child, it is highly recommended that they be reviewed again. You can trust, you will discover the wonderful world of Japanese animation again. 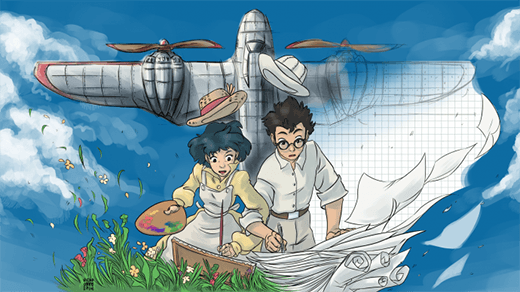 Hayao Miyazaki is the owner of an out-of-competition honorary "Oscar" in 2014 "for profoundly influencing the world of animation, inspiring an entire generation of artists to work in this sphere and highlighting its unlimited potential. His “Spirited Away” - one of the notable films of the 2000s, he was awarded the prize of the Japanese Film Academy, the Golden Bear of the Berlin Film Festival-2002, the "Oscar" of 2003. Many call it a masterpiece of world animation. And not in vain! The work raises themes of human vices, devotion, friendship, man's relationship to nature, true love and mutual help. Magnificent and unusual landscapes, musical design of the film will not leave you indifferent!

Mary and the Witch's Flower

A good film about a girl who wants to save the magical world and her friends. Spending a holidays in a remote village, summer seems boring to her. But in the last week Mary finds a "witch flower" that takes her to a world full of adventures and miracles. It turns out that this world is in danger and Mary must save him.

The film shows a real friendship and says that dreams come true.It was created by a student of Hayao Miyazaki, so the similarities and common techniques are guessed. Cartoon is for family viewing, age restrictions are 6+. 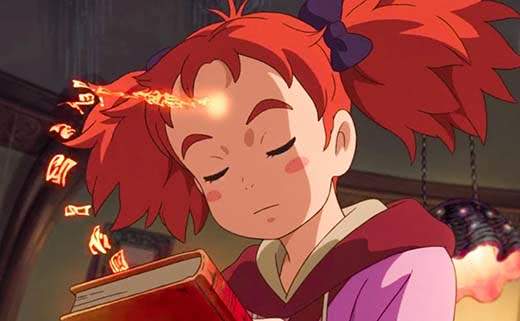 Whisper of the Heart

A girl, who is very fond of reading, once noticed that a certain young man took the book she took in the library before it. It was not the first time she had read books taken after him. She wondered who he was and why they had similar tastes.

This film is largely iconic for the Japanese anime cinema. It was for the first time that computer graphics was used and the sound track was recorded in the Dolby Digital standard. 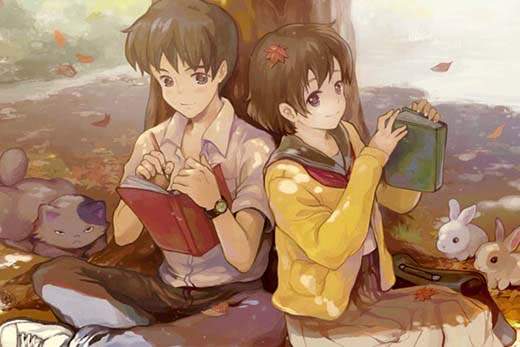 In three parts of the film shows more than 10 years of life of a young man. His relationship with the girls. The first story dates back to the mid-90's. His girlfriend leaves Tokyo with his parents, but they remain friends by writing letters. After a while his family leaves too, and he wants to meet with his girlfriend before leaving, but the trains fall behind schedule due to snowfall ...

The second story happens to him during his studies in a new place. For several years a classmate is fall in love with him and can not admit. She tries to spend more time with him, but does not say anything about her feelings. The girl decides to open at their last meeting.The third story unfolds in Tokyo. The hero quit his job and broke up with the girl, he seems that he is on the edge of the abyss.

He recalls how he used to walk around the station with his school friend and admire sakura. A girl passed by and he realized that this was the same girlfriend. He turns around, she turns around ... and a train flies between them. Behind the train there were only cherry blossoms, picked up by the wind.Successfully matched musical series emphasizes the dramatic situation of the film. The author does not evaluate any of the situations, the viewer should make the conclusions himself. 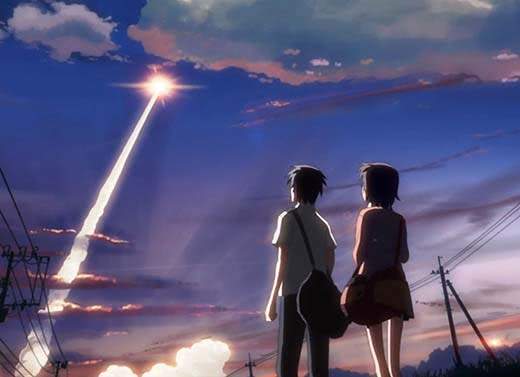 Now on sites with anime animation, every child, teenager and even an adult can easily find a series that he likes. The variety of genres amazes imagination: serials-musicals, adventures, everyday life, fantasy, fantasy, school and much, much more. You just have to choose it! 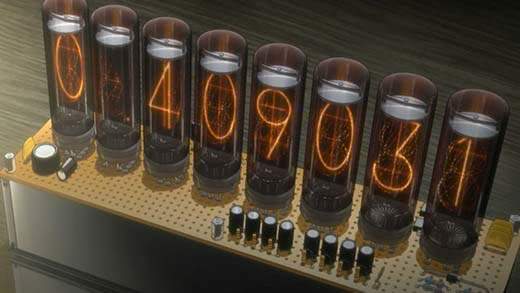